This morning when I was done with Bible study I headed up to the kids' school and snuck Jon out for the rest of the day. Well, okay, I admit I got him out all fair and above board. I'd told his teachers I'd be coming, and I signed him out in the office, but Jon didn't know I was coming, which was fun.

He's in kindergarten this year, and so it's his first year with school every day. On top of that, it's full days, and on top of that half of his day is in Spanish. The adjustment has been huge. He has two sweet teachers, but both are extremely young and have never had a second-language-learner in class. This has led to a few notes home asking if we could help motivate him to speak Spanish in class by speaking Spanish at home for maybe an hour a day. (!!!!) Thankfully the English coordinator understands the language-learning process better and so has been able to help me talk with the teachers.

At the same time, though, we do want to encourage Jon with Spanish. He experiments with words at home, but additional helps were needed. I posted a plea for advice from teacher friends and those experienced with language-learning and kids. Among the great outflow of help one theme repeated--songs. Find Spanish songs to listen to. A local friend pointed me to a music store that has a good selection of kids' music, and today Jon and I pointed our noses in that direction. Miss Mariana, the English coordinator asked for pictures of our adventure, and I realized it would be fun to chronicle it.

First, we swung by home so Jon could change out of his uniform and we could get some lunch. It's never smart to start adventures on an empty stomach. 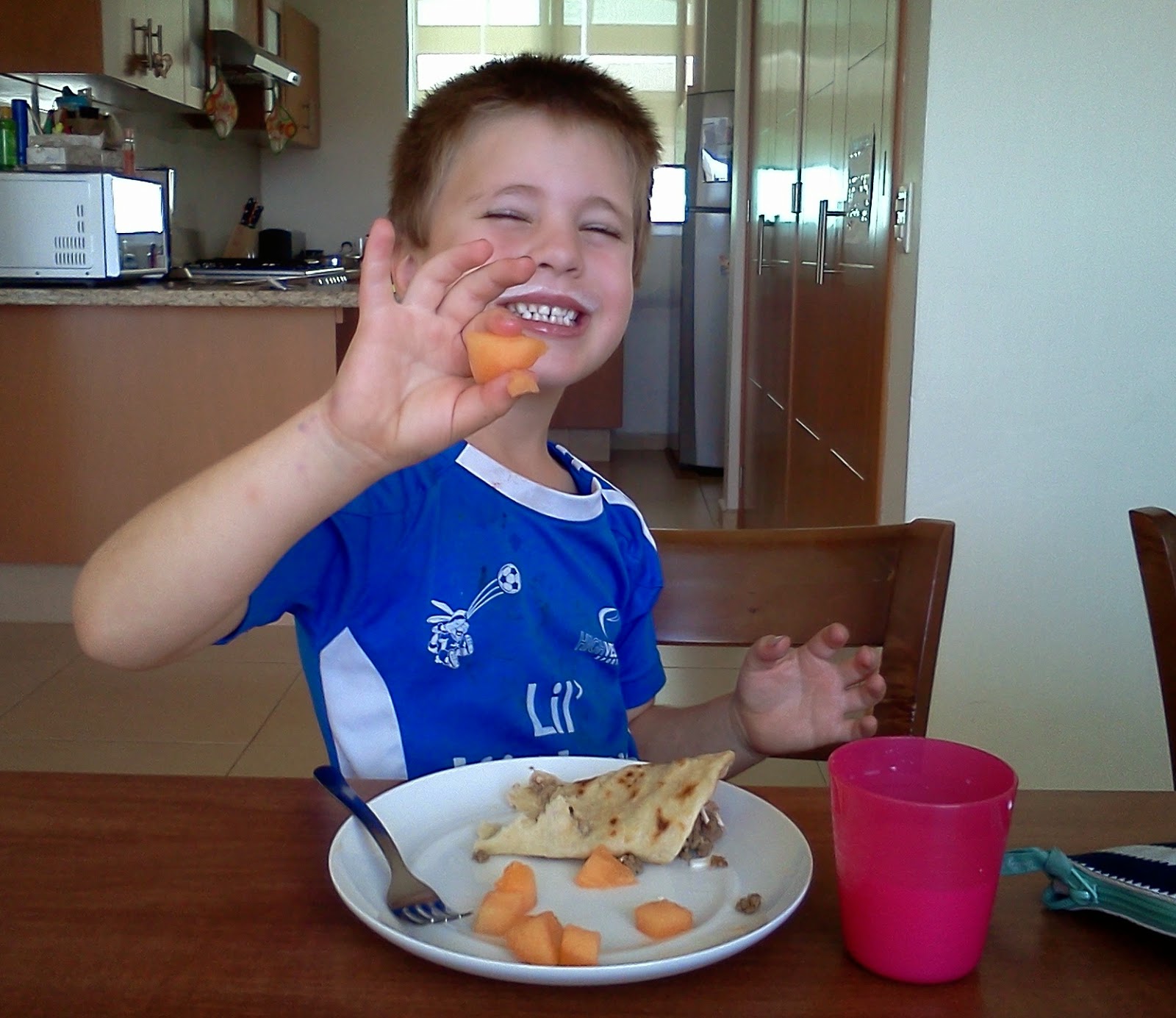 Once substantially filled, we headed down to the car, and hit the road. 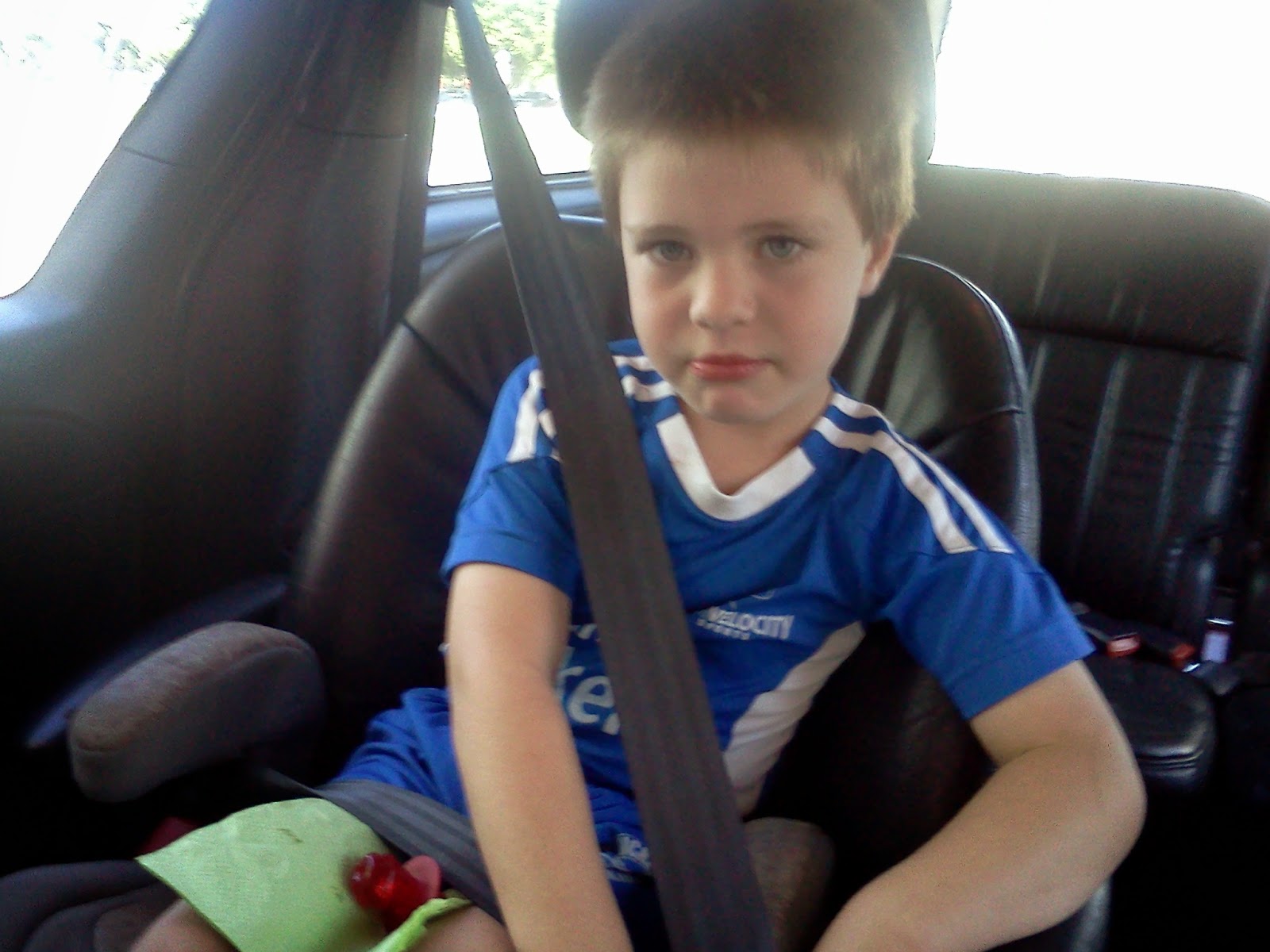 We've driven this particular route before, but I realized how much I like having extra eyes in the car. Jon noticed things I never would have. At one point he spotted sprinklers taking care of the lawn of an office complex, and later squealed with excitement at the sight of a circus tent set up in a lot. Within a couple minutes his eagle eyes spotted a little yellow bi-plane soaring overhead.

When we reached the mall where the music store was, things got even more exciting. For one thing, there was a massive fountain out front. Jon posed in front of it, of course, but since I've given you a couple pictures of him already, I thought I'd give a glimpse of a local mall in Guadalajara. 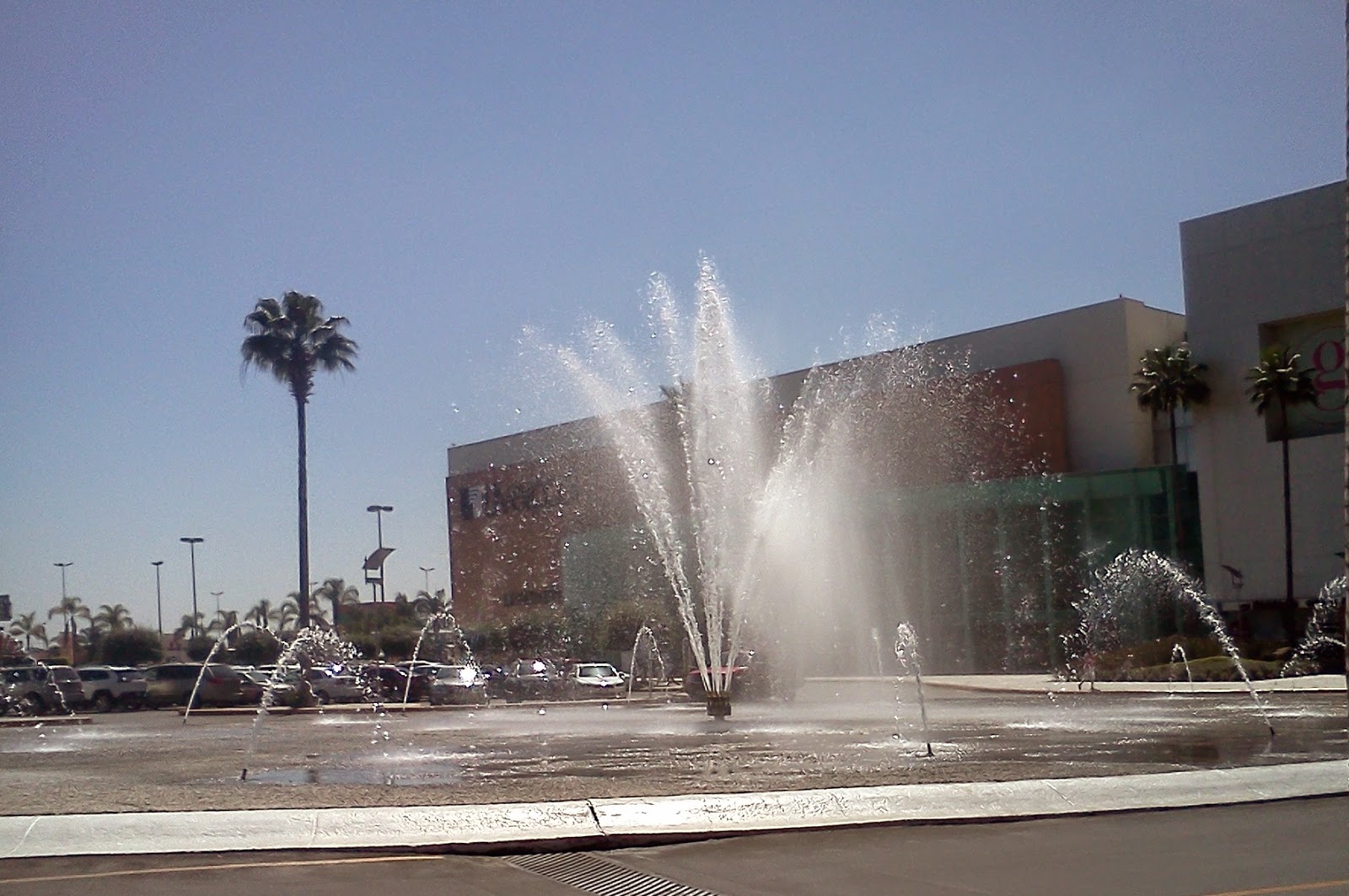 The two of us scoped out some of the local restaurants. We haven't been to this mall, but we've been to another one nearby and it struck me that they tend to be magnets for restaurant chains we see in the States. Before we got inside we had passed Carl's Jr., P.F. Chang's, The Cheesecake Factory and Outback. Just inside the door was Applebees, McDonald's, Chili's, and Starbucks. 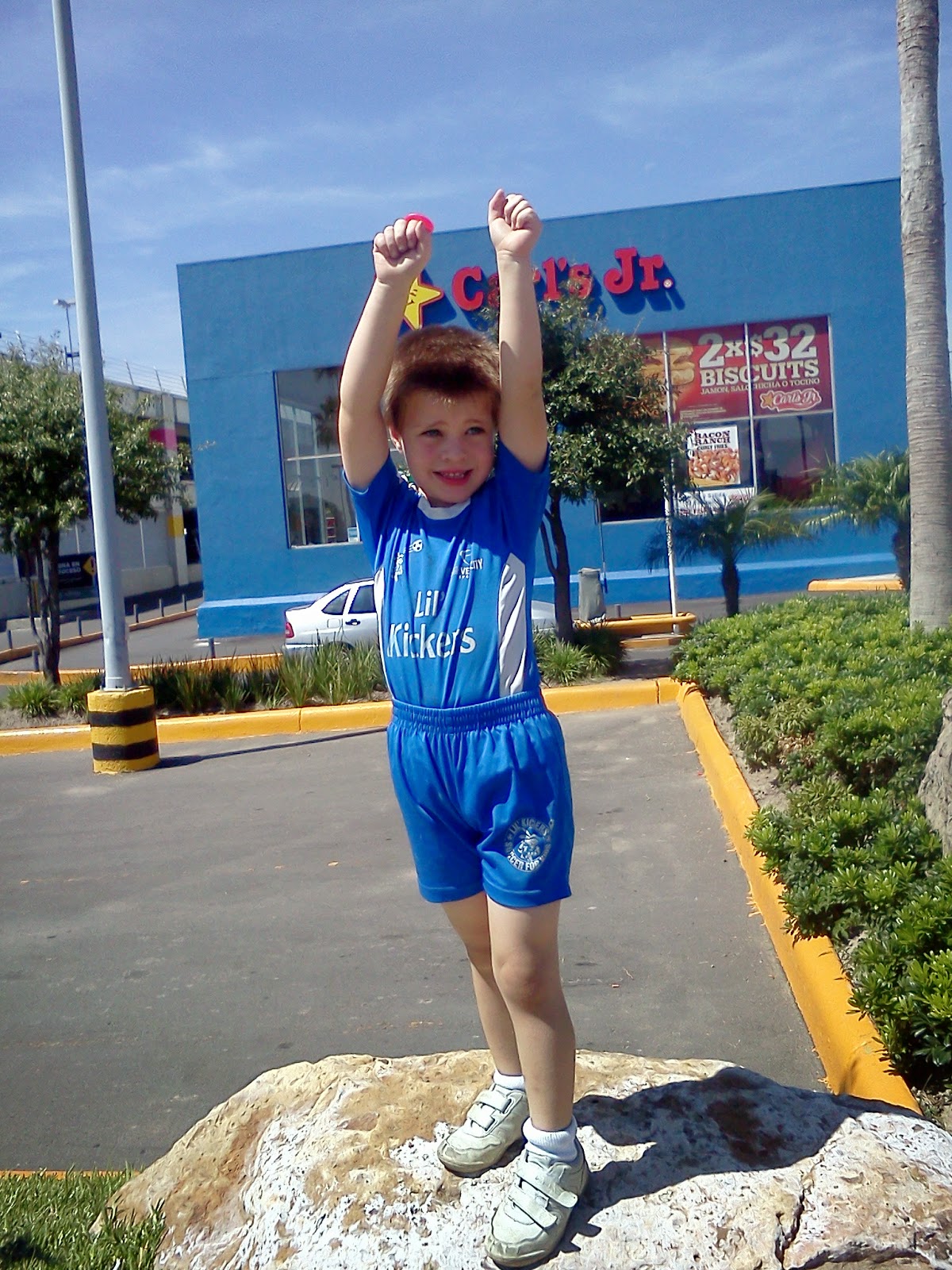 It was like stepping into any mall in the U.S. Kind of freaky, to tell the truth. The other mall we've visited here had more of a Mexican feel despite the plethora of U.S. chains. It's central swath is open to the sky, and there are koi ponds and gardens. This mall on the other hand, had the closed-in center like I'm used to in Michigan, and the shops opened their gleaming faces onto it. Jon slipped his hand into mine and then pointed excitedly at a work in progress. It turned out Christmas prep is in full gear and we were witnessing the beginnings of Santa's Workshop. We rode the escalators to the top of the mall and looked down on the Christmasy view. 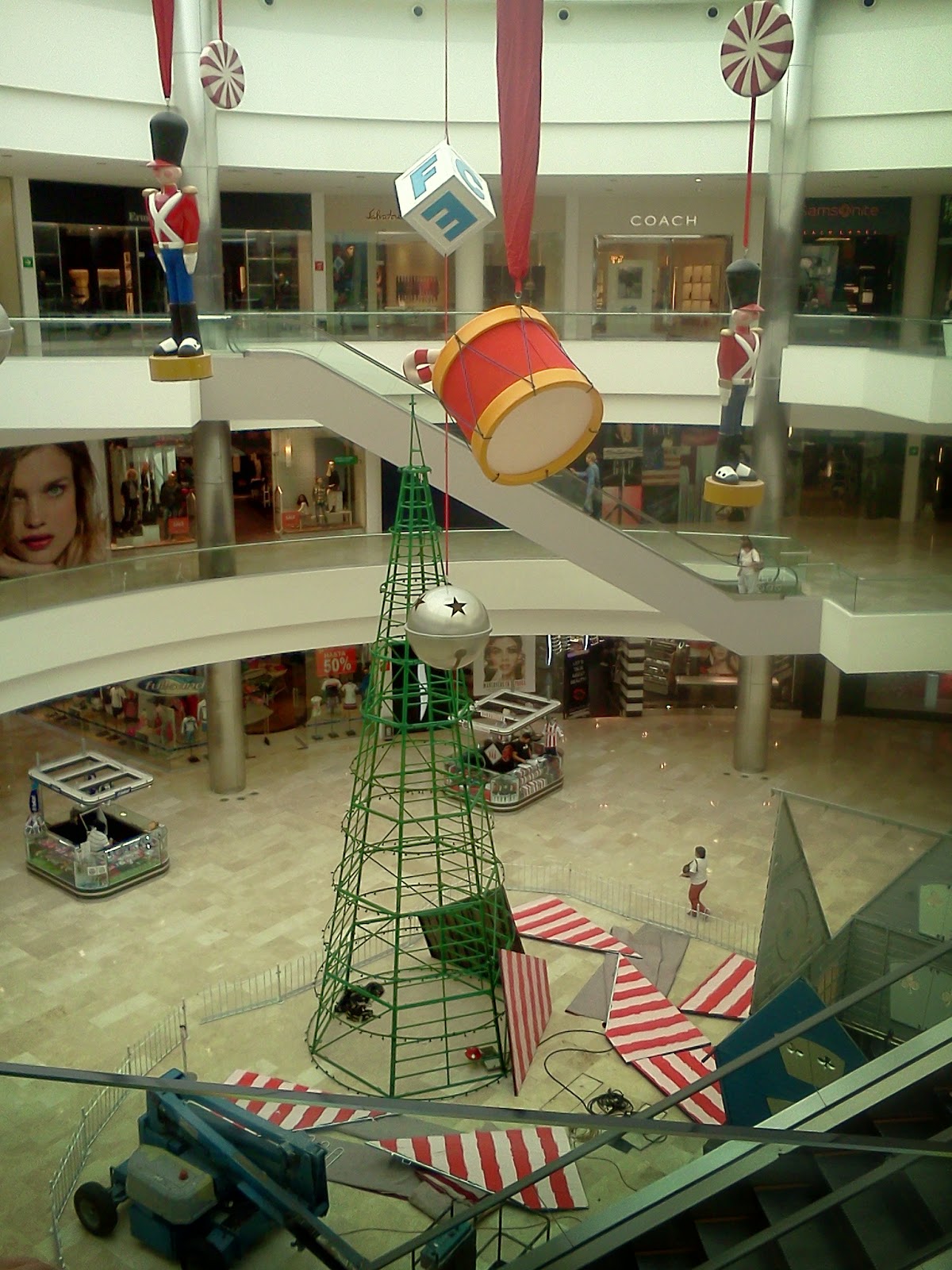 Eventually we found our store, Mix-Up, and were directed to a batch of kids' music cds. Of course, I had no idea who any of the artists were, and could only guess at a lot of the songs. I was hoping to find an album with a Spanish alphabet song, but no such luck. However, I pulled one that looked like some traditional Spanish play songs and another that seemed to be all about different kinds of transportation. Jon agreed that those two were good choices. He was leaning toward some Thomas the Train songs, but I steered him toward some that seemed more grass-roots. 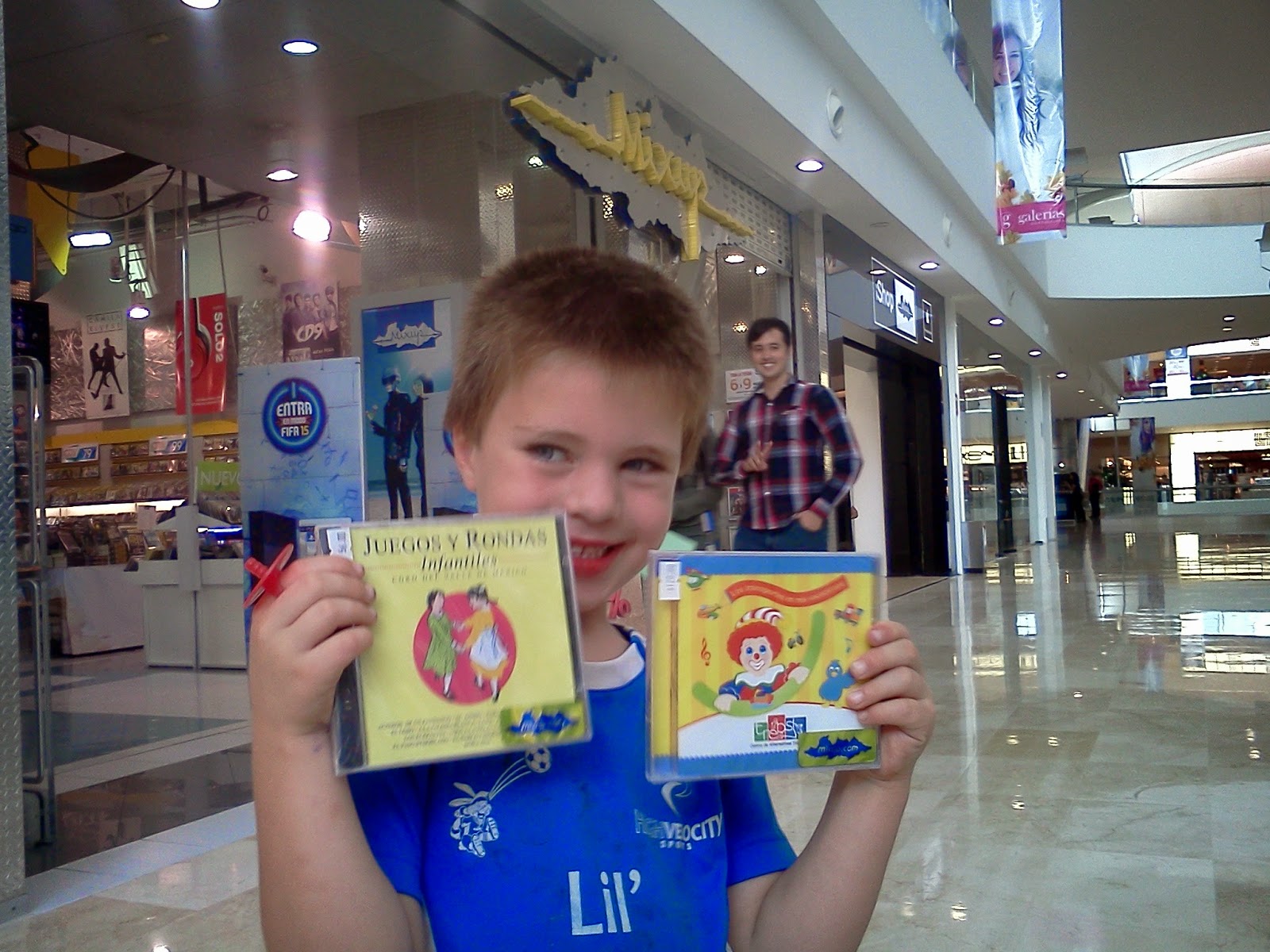 As soon as we got back to the car, Jon wanted to hear the music, so we tried out our new cds. The traditional songs turned out to be an excellent children's choir and has some great tunes. The one with transportation songs had a good variety of music styles, good singing voices, and best of all, very clear words--we had fun listening for the words for different transports: "coche" (car), "tren" (train), "helicóptero" (um...helicopter), "avion" (plane), and "camión" (truck). Despite Jon and my pleasure in these, the girls nixed this one for car-music as soon as they were picked up from school. Ah well. The first cd, however, was a hit for all of us. Now we just have to figure out more of the words!

It was a lovely afternoon with my Jon-boy. I've been spoiled rotten with this kid, and I hope this outing fed his heart a bit--enough to hold him over until Saturday. It was so fun that I know I'm going to be doing it again. In the meantime I have some planning to do for some young ladies in my life. They are way overdue for some one-on-one outings, too. Besides, everyone needs a little brain-break from the craziness of a whole new school world. 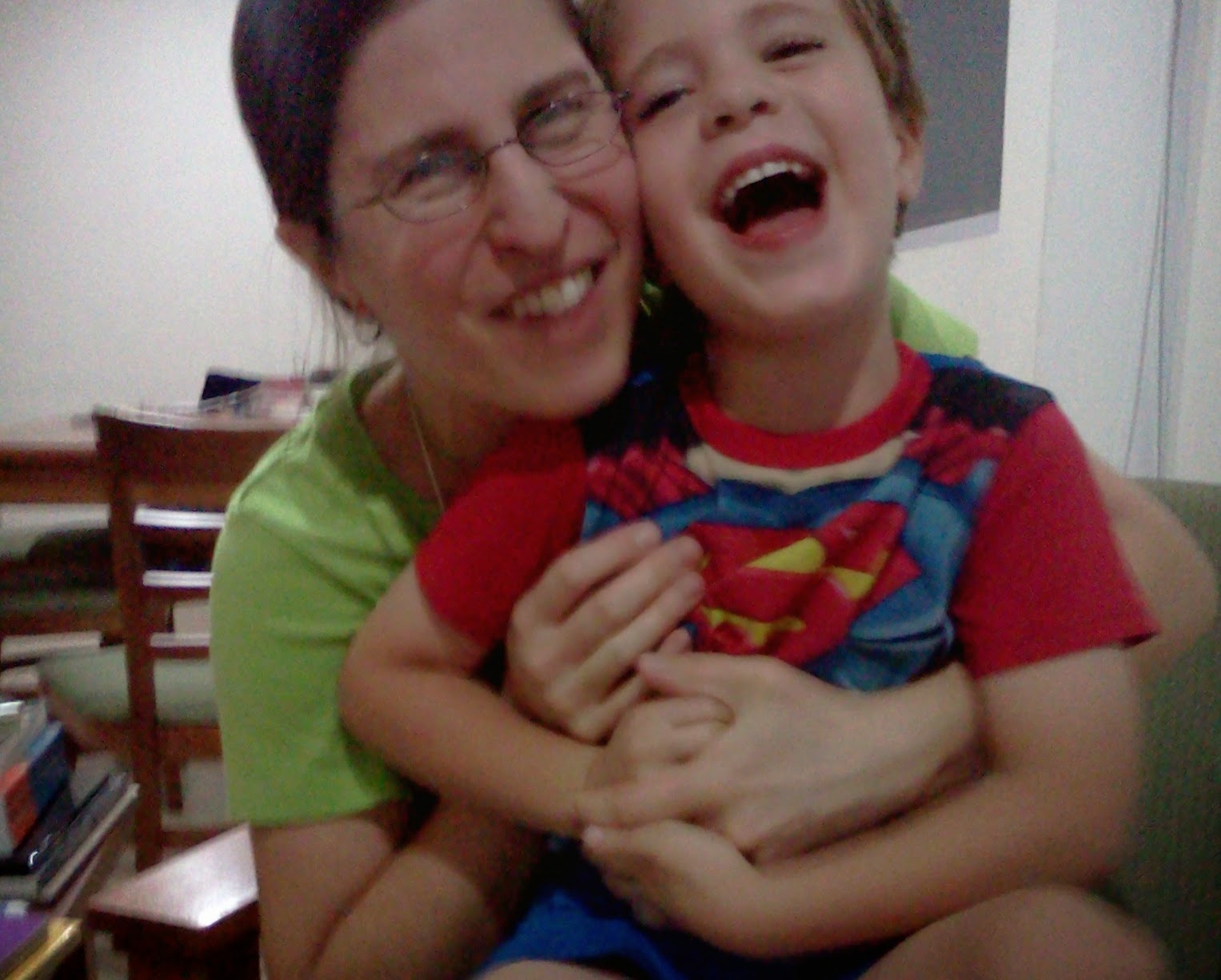 Posted by Loren Warnemuende at 10:51 PM