If anyone wants to break out in the "Hallelujah Chorus" now would be the perfect time for it. We have our shipment at last!!! The reality of this has not sunk in, nor have we really begun to unpack (barring a few items the kids discovered in one of the boxes). But over dinner joy was building. Clare mentioned a book she loves and I said, "Guess what! It's in the shipment. And the shipment...is here!" That kept happening and we'd all look at each other and giggle. Yes, there was a lot of giggling this evening.

Kraig and I are wiped and the kids are out cold. It was a long day. It's been a long four months of waiting, for that matter. Last Friday I went in to the purchasing office again to follow up on things and found that as usual, nothing much was happening. Thankfully a staff member was there who has been able to mediate translation the past few times I've gone in. He hasn't been on the project, but it seemed that every time he was there, movement occurred. Friday was no different. In fact, by the end of the discussion Friday he took over the case--and suddenly things moved. We had word by the end of Friday that our entire family would have to go to the airport in order to retrieve the shipment, and we could go this week.

So this morning at 10 a.m. we met a university van and our staff member, Israel, and started off for the airport. The kids were thrilled to get out of school for the day, though we tried to warn them that waiting would be part of the events of the day. Little did we know....

First off, it rained last night. It's dry season now in Guadalajara, and we haven't had rain for a couple weeks. Apparently the weather decided it was time to make up for this, because not only did it rain during the night, but it kept up all day. When it rains, streets flood, and accidents occur. Today was no exception. We were only about seven kilometers from the airport when we got stuck in a traffic jam for at least half-an-hour. The kids played games and we inspected the ads on trucks and cars passing us.

When we reached the airport and the place where packages and shipments are stored until retrieved Kraig told the kids to leave their backpacks in the van. We didn't want them to have to cart them all over the place while we tracked down shipping questions. Once we got into the gatehouse (I can't think of a better name for the first building we entered) we discovered that no, the whole family was not needed, just the passports. In fact, kids weren't allowed into the shipment area because of all of the moving equipment. Kraig waved goodbye and he and Israel headed through creaking turnstiles while the kids and I commandeered two of the three seats available in the gatehouse. 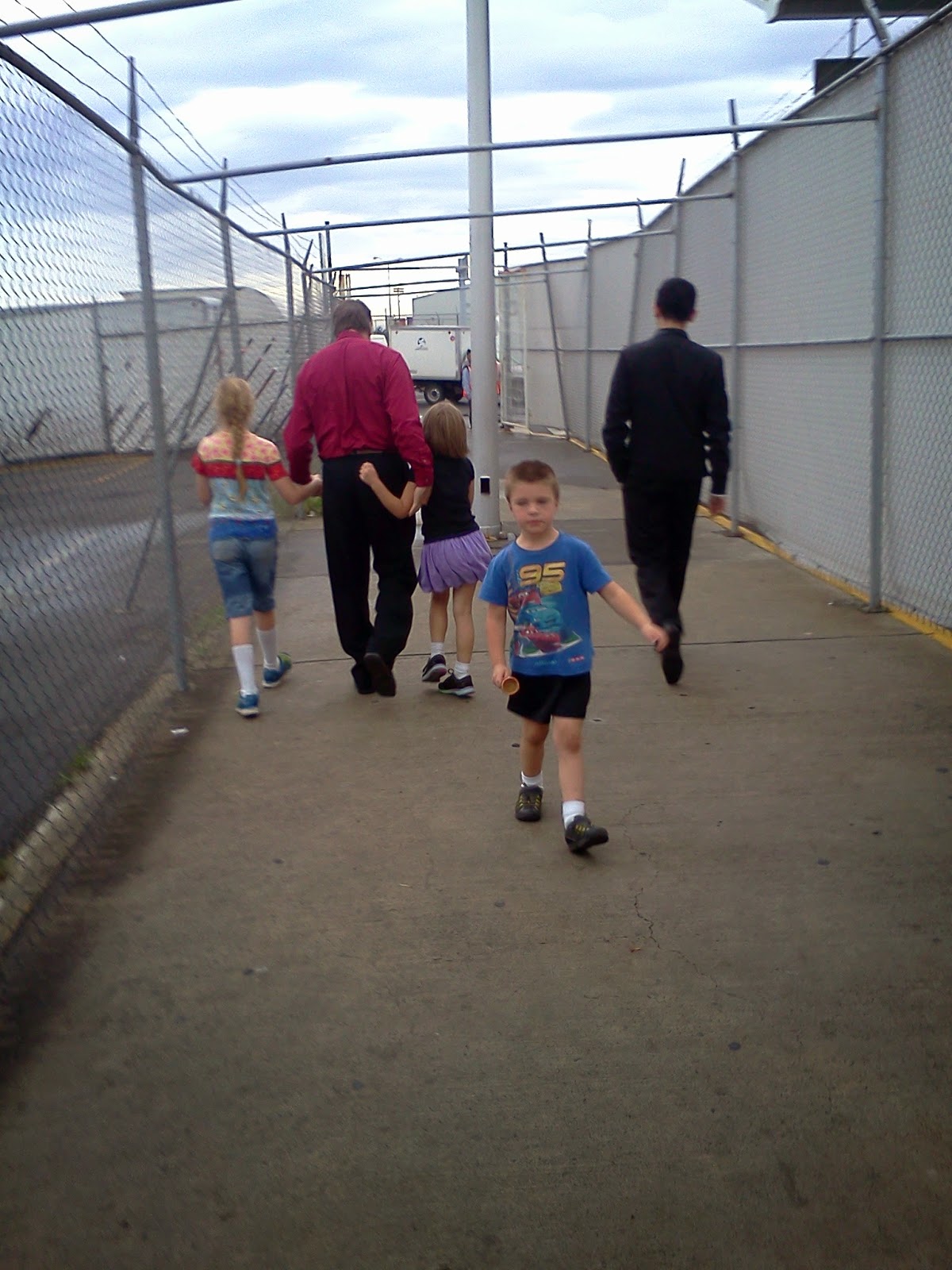 And we waited. We probably arrived there at about 11:30. In the course of the next few hours we caught two glimpses of Kraig and Israel--once passing out of the main office, and once in the distance by the entrance of a warehouse. At two or so, Kraig came through the gate and grabbed all of the cash I had...and the next time we saw him was at about 5 when he and Israel came up from the street.

Can I just say, the kids were pretty amazing. It was probably the most boring day of their lives. We made do with Clare's tablet and my phone for a few games, but batteries ran low, and then it was a chapter of one of the Chronicles of Narnia (but not the one we're on as a family 'cause that was stuck in the van), and paper from a notebook I had. There was a game of Simon Says when they got antsy and on each others nerves (and mine), and they ran races down the chain link-lined walkway leading from the street to the gatehouse. Thankfully I packed a substantial lunch, so we had food, but that wore off toward the end. I also was thankful that while it seemed the kids weren't needed after all we had brought them, because if we hadn't they would have had no one to pick them up from school. 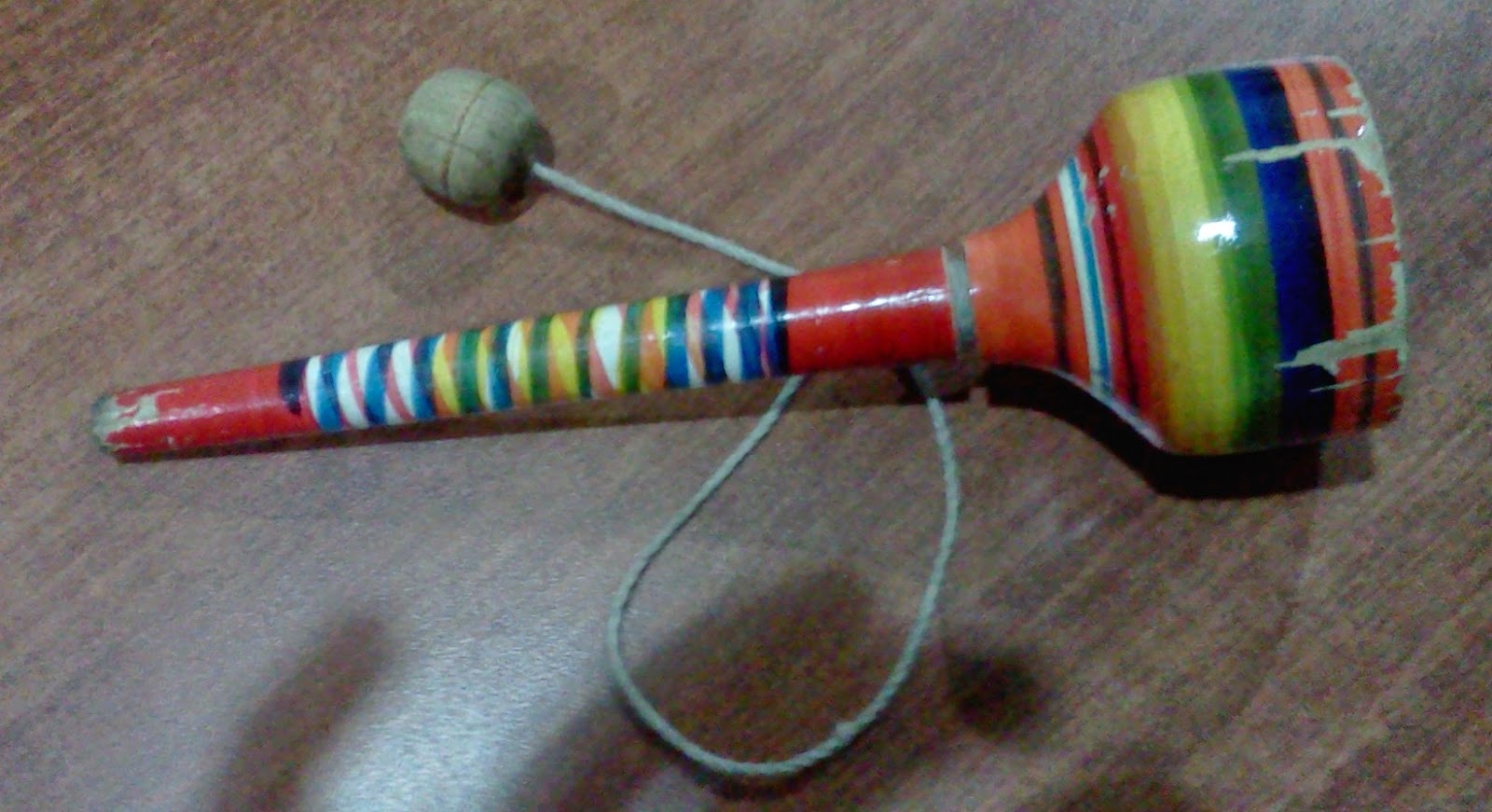 There were a few workers in the gatehouse--a man and a woman behind the check-in desk and a security lady who used her security wand to check all of the workers and visitors flowing in through the gate. They accepted my kids with smiles. At one point in the afternoon a young man with horn-rimmed glasses and blue rubber bands on his braces was checking out and chatted with us a bit. He'd spent a year in Minneapolis as an exchange student and wanted to know what had brought us here. We waved goodbye after the chat, but a few minutes later he returned with a simple wooden toy in hand for Jon (who was pretty cranky at that point). "I found this in my car," he said as he handed it to my now-grinning boy. "I remember playing this game many times when I was a kid. My dad was a physician and I had to wait without him a lot."

Kraig and Israel's final return was a huge relief, no question, and even more a joy when we saw that the van was packed with our fourteen trunks. All had been done! Israel headed back toward the apartment in that van while our family got in another that had been ordered since the trunks took up a lot of room. Kraig gave me the rundown of his adventures which involved a ton of standing and waiting and getting wet in the rain.

The biggest item that we'd been concerned about was the storage fee payment. The university was covering it, but there was no way to cut a check ahead of time since we didn't know the amount, and we didn't know how much cash we needed on hand (and weren't sure we could afford it even if we did know the amount). As it turned out, we couldn't retrieve cash there as the airport only uses one bank, which isn't ours. At first Kraig and Israel thought they'd have to leave to go get it from the university, but then Israel stepped up and personally pulled all of the money from his bank account. He'll be repaid by the university, but it was a huge thing that he did. Kraig and I are both a little overwhelmed by it. The cost of the late fees was equal to what it cost to ship our things here in the first place. Not only did this guy help us immensely this past week and today, he went above and beyond what was needed to give us an amazing gift. We might not have had time to retrieve everything today if he hadn't chipped in personally. He was so nonchalant about it, too, when we thanked him. His only request was that we call him when we needed a guide for some of the places in town as he loves to show people the city. To say the least, we'll be taking him up on this, but we're busy figuring out what more we can do for him.

And that was that. Our ride back to the apartment was amazingly traffic-free, and the trunks were unloaded in no time. Now they're scattered throughout the apartment waiting for their contents to be revealed. Everything was accepted by customs, so as far as we know, everything we packed is there. My fingers are itching to dig...but not tonight. Tonight, I'll just sing.


Posted by Loren Warnemuende at 11:29 PM