The kids and I have been listening to a lot of audio books as we take Kraig to and from work, or when we run around town. We've gotten a bit addicted :) . Anyway, the latest has been Anne of Green Gables, the first time for Ev and Jon. It's as lovely as it's always been.

This time through I've been struck by Anne's gift for friendship. After she befriends Diana's fearsome great-aunt, Miss Josephine Barry, she remarks to Marilla, "Kindred spirits are not so scarce as I used to think. It's splendid to find out there are so many of them in the world." And on her first day at Queen's College, away from home, Avonlea, and her BFF Diana Barry she grieves, but she also speculates who will be new friends in this new phase of her life. After all, she thinks, she has "lots of second-best affections to bestow." According to Anne there is always room for new friends.

I wholeheartedly agree with this philosophy, and also with Anne's opinion that there are so many kindred spirits in the world. I don't have one best friend who I've left behind in one of the many places I've lived; I have numerous friends across space and time who are very dear to me. I can't tell you how thankful I am for this, and for the new friends that I'm making.

This afternoon Jenn and her two kids came over to our house. We've gotten to know each other a bit on the Wednesday park days, and our kids get along nicely, so we took the next step of a playdate at home. It went off beautifully. The kids had fun, and Jenn and I were able to delve into deeper conversation than an hour in a park with multiple other people allows. It was the deep, strong draught of communion that restores the heart and encourages. The kind of conversation where you know that this is the beginning of something lovely. Each time I meet one of these kindred spirits I am humbled that God has given me another one.

It doesn't hurt the thrill at all that Jenn has red hair. 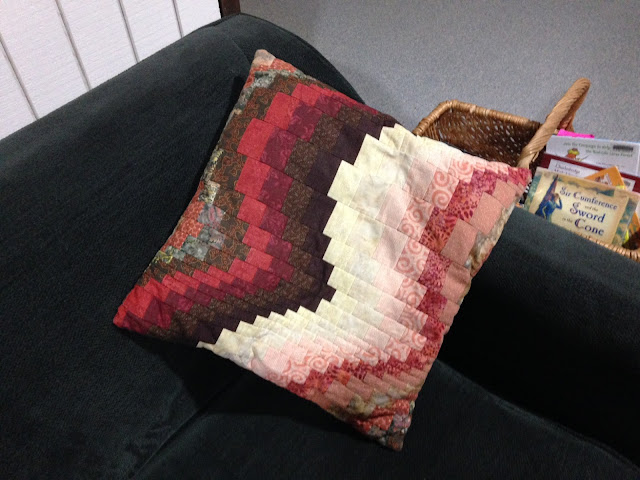 Posted by Loren Warnemuende at 11:46 PM