Today we visited Caldwell Zoo which is in Tyler, Texas, a little less than an hour from us. We met up there with my new friend Jenn and her two kids and spent a productive few hours socializing and discovering certain animals from different parts of the world. Jenn's kids have just finished a biology unit on animals and she'd made up a animal scavenger hunt which my kids were able to join in on. Great excitement on all sides.

The Caldwell Zoo isn't a big city zoo, but it's pretty and well-kept and the right size for a few hours. I that a good selection of animals, especially birds. Their macaws are magnificent as well as chatty. 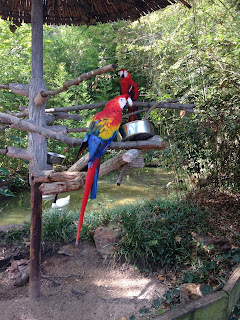 Sadly, the elephant exhibit was under construction so we didn't get to enjoy those pachyderms, but their two black bears and white tiger were impressive. I loved the Texas Longhorns, but the kids' favorite place was an enclosure filled with small birds, primarily parakeets and cockatoos, where you're given a little stick coated in bird seed and the birds flock to you to get some. 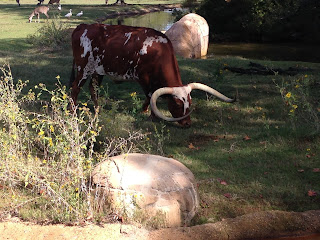 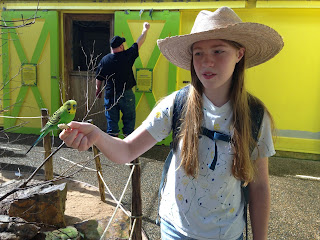 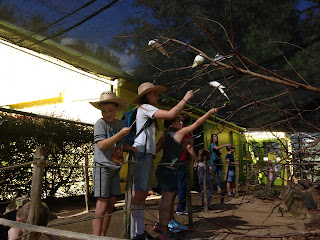 There's something so refreshing about a nice zoo. Animals are always interesting and great for conversation. Even alligators lounging in the shallows and a rat snake muscling its way up a wall are worth taking the time to watch. And, I don't know, but maybe a parakeet is the pet we should get...or maybe a squirrel monkey :) . Think Kraig might go for it? 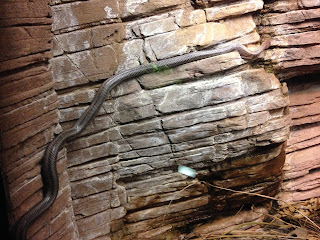 Posted by Loren Warnemuende at 12:28 AM