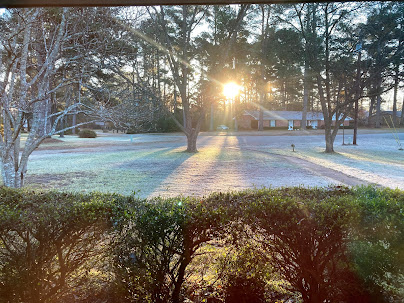 This morning the kids and I watched a feature about the tragedy of the Space Shuttle Challenger.  Today was the thirty-fifth anniversary of its explosion.  The feature showed old grainy footage of the explosion and the kids watched wide-eyed…and I remembered.  I didn’t see the explosion live, but I remember where I was the day it happened.  I remember hearing about it in Mrs. Balconi’s eighth grade U. S. History class and our hubbub of discussion and shock after we’d heard about it.

Thirty-five years ago today!  It’s strange to look back and realize that when it happened it seemed a momentous date in my personal history, but in reality I’d completely forgotten the date.  Days and years erased the exact point on the calendar, and when our daughter Keren died twelve years ago today I didn’t once connect it to the Challenger explosion.  I wonder if next year I’ll remember.

My dad loves to connect people and events with dates.  It’s not unusual for him to say on the occasion of someone’s birthday, “Did you know that on this date in —year, so-and-so died?” Or, “This was the same day that we headed to the Philippines in 1977.” (Actually, I don’t know what date that was, and what other events might have happened on that date.  Dad?  Want to fill me in? 😀 ).  The older I get, the more I see these overlaps and connections, and yet I forget the specific dates.

January has a fair share of depressing dates.  Back in the ‘80s, before the shuttle explosion, January was marked by my grandfather’s death.  I think it was a year after we lost Keren that the daughter of family friends was killed in a car accident.  Two years after she died, on the same date, one of my friends from church lost her husband to cancer.  Two years ago the young son of a colleague of Kraig’s died suddenly and unexpectedly.  That same January or the one after the grown son of family friends died leaving behind a wife and young kids.  And then on January 14 of this year another friend back in Michigan tragically lost her sixteen-year-old son.  My friend will never forget the significance of January 14.

Yet I probably will forget that particular date.  I can’t tell you what the date was when most of those other January tragedies occurred.  I just know they happened in January.  I probably wouldn’t even remember the month if Keren hadn’t died in January.  It makes me a little sad that my brain can be so traitorous to forget exact moments that were life-changing to friends and loved ones.  I want to remember with them, and comfort them.

But dates on the calendar are about as concrete as minutes on a clock.  We see them on paper and on a clock face, but they aren’t really things.  The memories themselves, though, are real, and they stick.

And I remember that there are beautiful things that happened in cold January as well as the sorrowful losses.  I remember a bitter winter morning early in the month when Keren was only three months old and had just gotten through her first cold.  The house was packed with family over the holidays because none of us knew how long Keren would live, and all wanted to be with us and her.  Kraig and I were exhausted from sleepless nights of trying to feed Keren and making sure she was breathing okay.  That morning, though, the house was silent.  Everyone had gone to church and I stayed home with Keren.  She was resting in her bassinet, and I leaned over to look at her, and she looked up and smiled at me—her first, true smile.  I will never forget the way the room filled with light.

I remember the day Keren died, the snow falling on snow, driving after the ambulance that carried her to the hospital when I didn’t know if she was still alive.  I remember glancing out at a field and seeing the sun pierce through the clouds and send a ray down, illuminating the white with radiance.

I remember the following year when we welcomed family and friends, Keren’s teachers, and some of her classmates and their parents, and we celebrated the memory of Keren and how she had touched all of our lives.  It was another frigid January day in Michigan and the sun filled the house with light.  Children dashed among the adults, and laughter rang through the rooms.

I remember January in Guadalajara when we remembered Keren’s heaven-day for the first time in a home far from Michigan, and how it didn’t seem so hard because everything was new, and the weather was like spring.

I remember January here in Texas and watching the blooms burst open on the magnolia tree outside our dining room window.  This year they’re growing more slowly, but I’m watching the buds increase each day, and I’m looking forward to the exuberant pink that will soon explode from the fuzzy green-gray pods.

I probably will never be as skillful as my dad at remembering the dates.  Thankfully, though, God continues to give the memories.

Posted by Loren Warnemuende at 11:49 PM